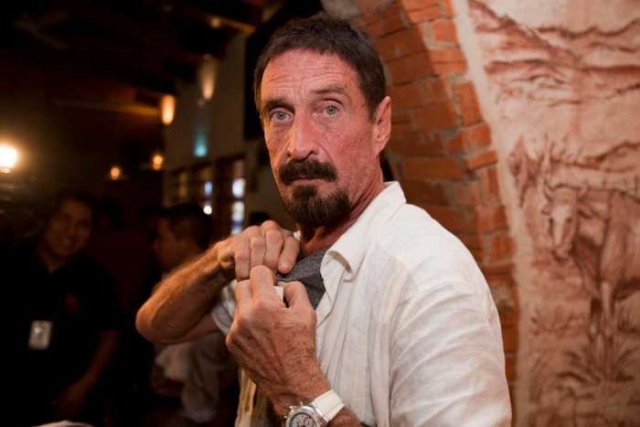 John MacAfee, creator of Macaffe Anti-Virus, has been arrested in Guatemala. He is wanted in Belize for questioning about his neighbor’s murder, although he is not a suspect, just a person of interest.

He fled Belize, and has been in hiding for three weeks. Makes him sound kind of guilty, huh? But read the whole story before you pass judgement. There may be good reason for his actions.

GUATEMALA CITY, Dec 5 (Reuters) – Guatemalan police arrested U.S. software guru John McAfee on Wednesday for illegally entering the country and said it would expel him to neighboring Belize, which he fled after being sought for questioning over his neighbor’s murder.

McAfee, who had been in hiding for three weeks, crossed into Guatemala with his girlfriend, Samantha, to evade authorities in Belize who wanted to question him as “a person of interest” about the killing of fellow American Gregory Faull. – Huffington Post

It is said that John fears being killed if he is returned to Belize, as there is a perception that many other crime witnesses in Belize have disappeared, presumably having been murdered.