Don’t Be A Victim of Identity Theft 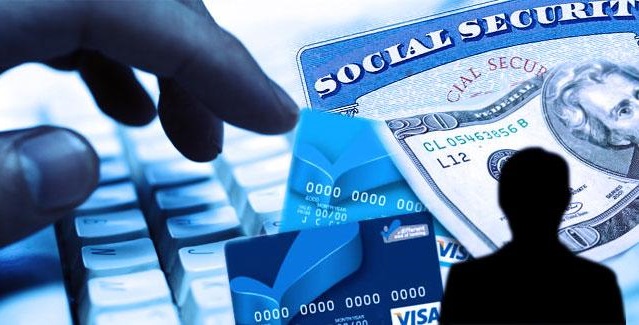 Identity theft is defined as a form of fraud. A thief gains access to your private information, and uses it to obtain credit, money, and other benefits, by pretending to be you. When a thief steals your good name, he or she will be able to access anything you could access and spend as much money that’s available in your name. As far as other people know, it’s you doing all this spending and you can be held responsible for the criminal’s actions. Not to mention that your bank accounts may have been drained and your credit rating is shot.

As you can see, identity theft is a serious cause for alarm. The Federal Trade Commission estimates that more than nine million Americans have their identities stolen each year. If you’re fortunate enough to discover that your identity has been stolen and report it quickly, many cases can be resolved quickly.

But in too many cases, you’re not aware of the theft until you’ve been contacted by the authorities, or perhaps by a bill collector. This gives the thief lots of time to do irreparable damage to your credit standing, and to charge thousands of dollars in your name. It could cost you several hundred dollars and many weeks to repair the damage. In some cases, the harm is never completely recovered from.

In this situation, the identity thief impersonates someone else in order to conceal their own true identity. Examples might be illegal immigrants, people hiding from creditors or other individuals, or those who simply want to become “anonymous” for personal reasons. Another example are posers, a label given to people who use somebody else’s photos and information through social networking sites. Mostly, posers create believable stories involving friends of the real person they are imitating. Unlike identity theft used to obtain credit which usually comes to light when the debts mount, concealment may continue indefinitely without being detected, particularly if the identity thief is able to obtain false credentials in order to pass various authentication tests in everyday life.

When a criminal fraudulently identifies himself to police as another individual at the point of arrest, it is sometimes referred to as “Criminal Identity Theft.” In some cases criminals have previously obtained state-issued identity documents using credentials stolen from others, or have simply presented fake ID. Provided the subterfuge works, charges may be placed under the victim’s name, letting the criminal off the hook. Victims might only learn of such incidents by chance, for example by receiving court summons, discovering their drivers licenses are suspended when stopped for minor traffic violations, or through background checks performed for employment purposes.

It can be difficult for the victim of a criminal identity theft to clear their record. The steps required to clear the victim’s incorrect criminal record depend in which jurisdiction the crime occurred and whether the true identity of the criminal can be determined. The victim might need to locate the original arresting officers and prove their own identity by some reliable means such as fingerprinting or DNA testing, and may need to go to a court hearing to be cleared of the charges. Obtaining an expungement of court records may also be required. Authorities might permanently maintain the victim’s name as an alias for the criminal’s true identity in their criminal records databases. One problem that victims of criminal identity theft may encounter is that various data aggregators might still have the incorrect criminal records in their databases even after court and police records are corrected. Thus it is possible that a future background check will return the incorrect criminal records. This is just one example of the kinds of impact that may continue to affect the victims of identity theft for some months or even years after the crime, aside from the psychological trauma that being ‘cloned’ typically engenders.

Privacy researcher Pam Dixon, founder of the World Privacy Forum, coined the term medical identity theft and released the first major report about this issue in 2006. In the report, she defined the crime for the first time and made the plight of victims public. The report’s definition of the crime is that medical identity theft occurs when someone seeks medical care under the identity of another person. In addition to risks of financial harm common to all forms of identity theft, the thief’s medical history may be added to the victim’s medical records. Inaccurate information in the victim’s records is difficult to correct and may affect future insurability or cause doctors relying on the misinformation to deliver inappropriate medical care. After the publication of the report, which contained a recommendation that consumers receive notifications of medical data breach incidents, California passed a law requiring this, and then finally HIPAA was expanded to also require medical breach notification when breaches affect 500 or more people.

Child identity theft occurs when a minor’s identity is used by another person for the impostor’s personal gain. The impostor can be a family member, a friend, or even a stranger who targets children. The Social Security numbers of children are valued because they do not have any information associated with them. Thieves can establish lines of credit, obtain driver’s licenses, or even buy a house using a child’s identity. This fraud can go undetected for years, as most children do not discover the problem until years later. Child identity theft is fairly common, and studies have shown that the problem is growing. The largest study on child identity theft, as reported by Richard Power of the Carnegie Mellon Cylab with data supplied by AllClear ID, found that of 40,000 children 10.2% were victims of identity theft.

The most common type is financial identity theft, where someone wants to gain economical benefits in someone else’s name. This includes getting credits, loans, goods and services, claiming to be someone else.

With today’s technology, identity theft is easier to commit than ever before. Crooks can hack into your computer or business records to obtain the needed information. You’d be surprised how much personal information can be easily obtained from public records searches, or online searches.

You may think that if you don’t bank online or make purchases online, you’re safe from Identity Theft hackers. But as Wallace Wang tells us in his bestseller, Steal This Computer Book: What They Won’t Tell You about the Internet, a hacker doesn’t have to hack into your computer or intercept your online transactions to get your banking information – they’ll just hack the bank’s computers. You’ve seen the high profile companies that have been hacked lately – Target, Walgreens, and others. And with today’s high amplification hearing devices, thieves can eavesdrop on public transactions in the bank and other money lending institutions.

You should always dispose of your old computer’s hard drive carefully. It may not contain your banking information, but nonetheless, it’s full of valuable information about you.

Other methods are not quite so high tech. Many thieves will steal your mail or rummage through your garbage searching for credit card and social security numbers. It’s a good idea to always shred these things before putting them out for the trash pickup. Hang on to your purse or wallet. Pickpockets are talented and will be gone with your valuable information in an instant. I can’t remember the name of this book, but it told of many low-tech ways that an identity thief will use to get your information. One method that has always stuck in my mind is that they will look in car windows, looking for pieces of mail, or other documents, that may have been opened and left on the passenger seat. These often show some valuable information.

Beware of someone offering you a job and asking you to fill out an application form. Don’t do it unless you know the business is legitimate.

You may think you won’t be a victim and it only happens to someone else. Don’t become careless and let thieves spot you as an easy target. Always be vigilant. Identity theft can happen to anyone. 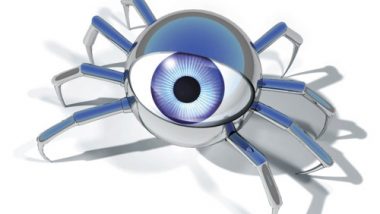 Attack of the Bots: Protecting Your Computer from Non-Human Attacks 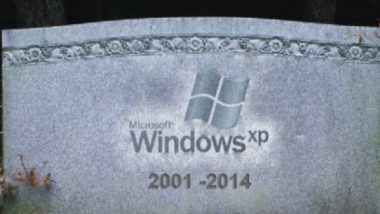